Shaped by the Navy and commerce, Bremerton is the biggest city in Kitsap County with about 40,000 residents. It is a fun place to shop, enjoy live music, and explore the outdoors. When you want to spend a day in Seattle, just hop on the ferry. 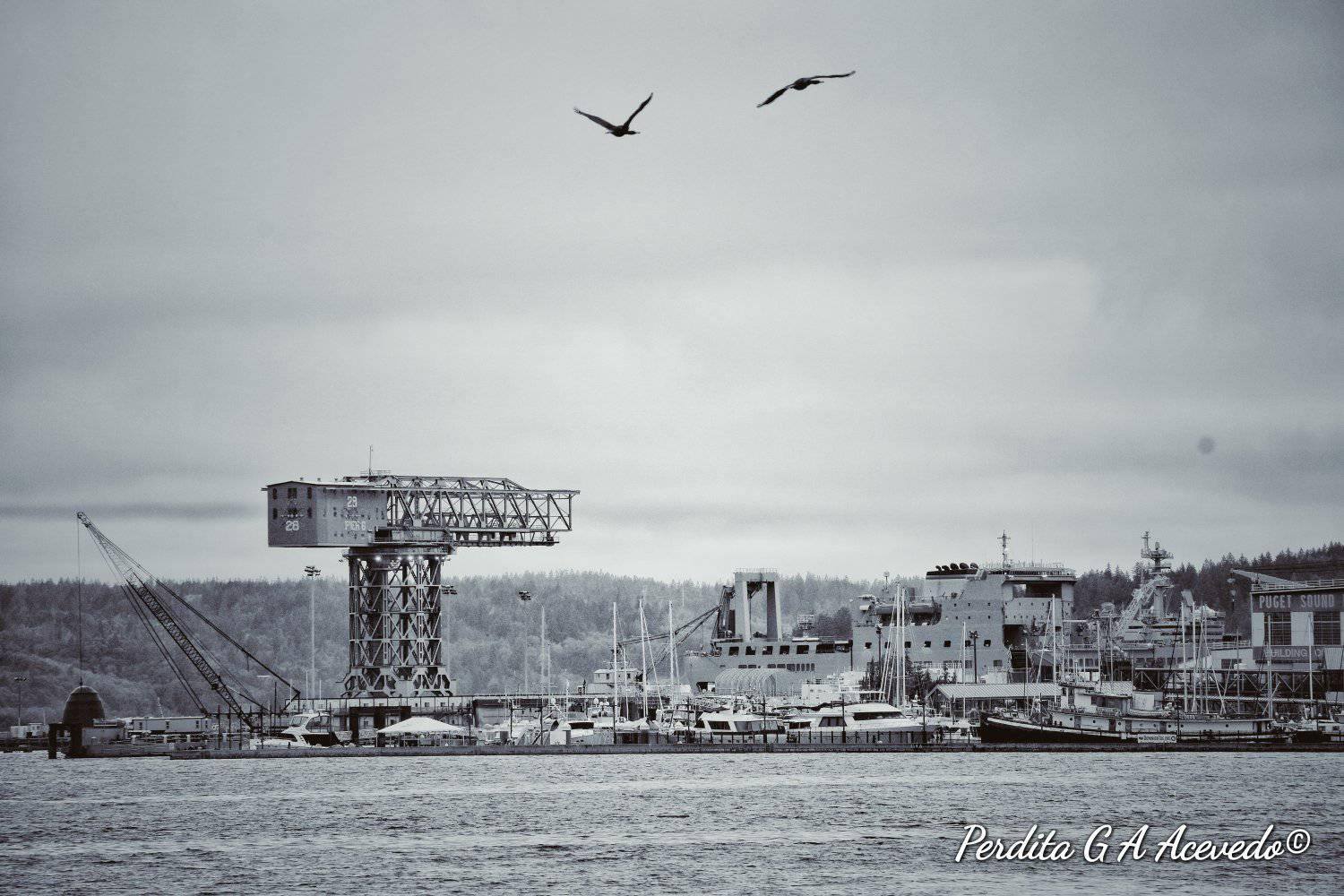 Bremerton’s modern origins began in 1891 after efforts from Lt. Ambrose Wyckoff and William Bremer recognized Port Orchard Bay as a strategic military location. They lobbied for the US to purchase land for a naval base and helped make the waterfront home to its first dry dock and a city to support it. WWI and WWII created housing booms and Bremerton has many historic homes built by the US Housing Corporation to accommodate the rapid influx of shipyard workers. WWII saw over 85,000 people supporting war efforts. The first Manette Bridge was built in 1930 (replaced in 2011), the Roxy Theatre opened in 1941 and the Admiral Theatre opened in 1948. Today they are in use for concerts, film and community gatherings and forming a base for a vibrant arts and music scene.

Bremerton has had its share of boom economies throughout its history with WWI and WWII requirements for shipyard work. Downtown was bustling with retail activity until major stores went to the new Kitsap Mall in 1985. Revitalization efforts since 1993 have provided the Bremerton Boardwalk, Bremerton Marina, Kitsap Conference Center & Harborside Fountain Park and more recently the Bridge to Bridge Urban Trail and new plans for Quincy Square along Fourth Street. While COVID-19 is currently challenging businesses in the downtown core, new housing is being built to accommodate growing demand due to job opportunities, affordability and livability relative to the Eastside cities of Seattle. New fast ferries make it even more attractive for commuters to enjoy a smaller town or suburban live style and commute to Seattle and other Eastside jobs. 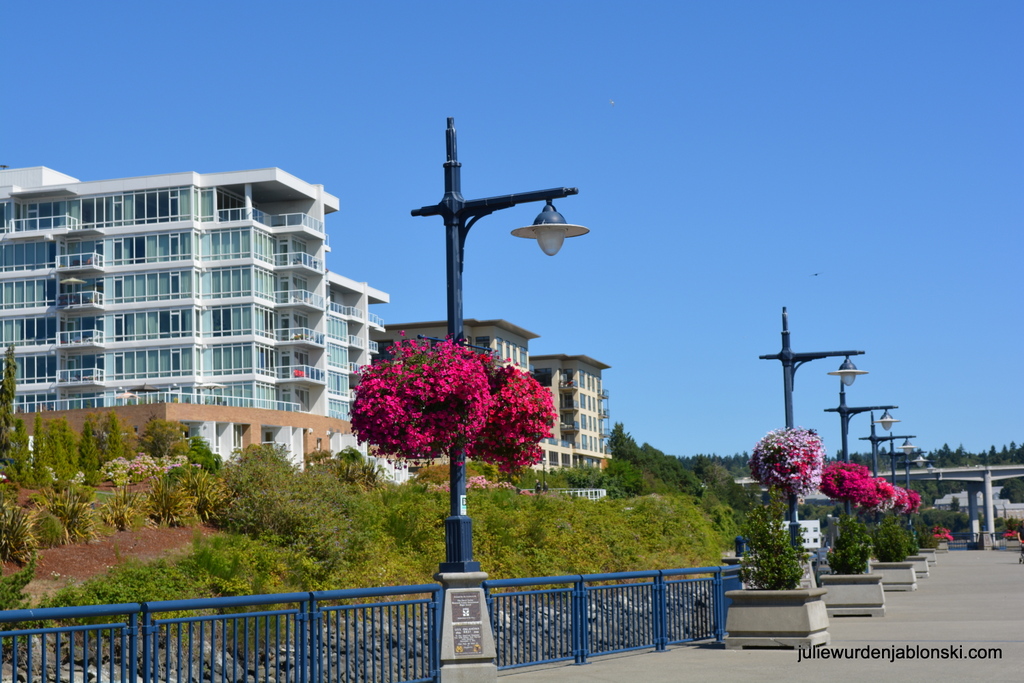 Bremerton is on a peninsula with two bridges connecting its Manette and East Bremerton communities. It is anchored by the Puget Sound Naval Shipyard, the Washington State ferry terminal, and Olympic College (which includes Western Washington University degree programs.) It is set against the backdrop of the beautiful Olympic Mountain range, and is host of marinas, parks and trails, and a small, growing arts and music scene. Quincy Square, honoring American jazz and pop musician and composer Quincy Jones, is being developed on Fourth Street, with the historic Roxy Theatre and Admiral Theatre providing venues for film, concerts and community gatherings. New co-working spaces, breweries are restaurants, and downtown apartments have been added to the community in recent years. Workforce development education in trade skills to support skilled jobs at Naval Base Kitsap is an important component of the community. 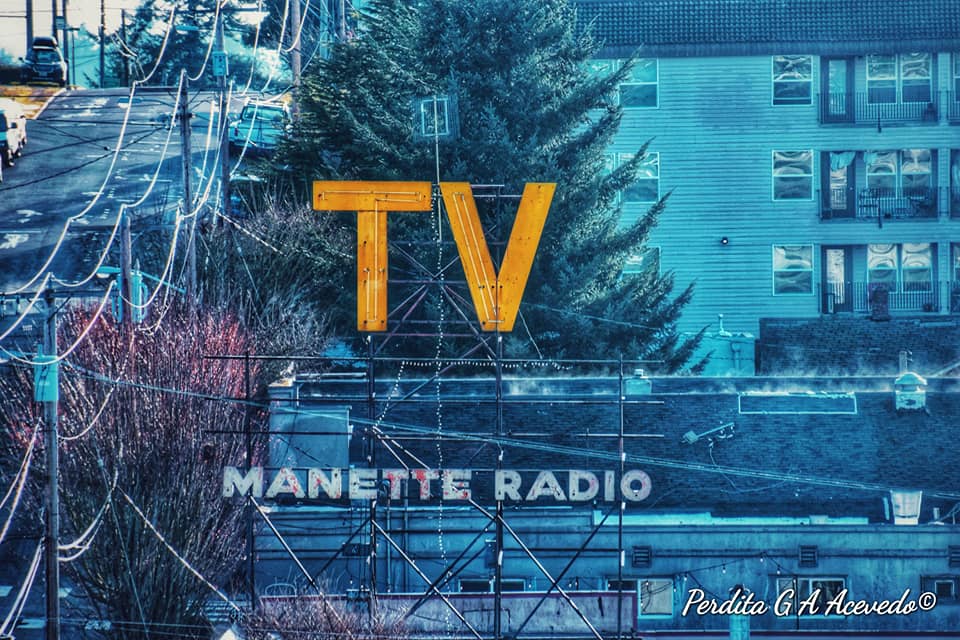 Take the new Manette Bridge with sidewalks and bike lanes to historic Manette where you can find professional bakeries, vintage and antique shops, brewery, saloon, waterfront dining  and discover Manette’s own small community flair.  Manette had historic housing atop a hill with views of Seattle, Bremerton and the Olympic Mountains. Manette is a perfect stop on the Bridge to Bridge Urban Trail for coffee, food and a bit of shopping. 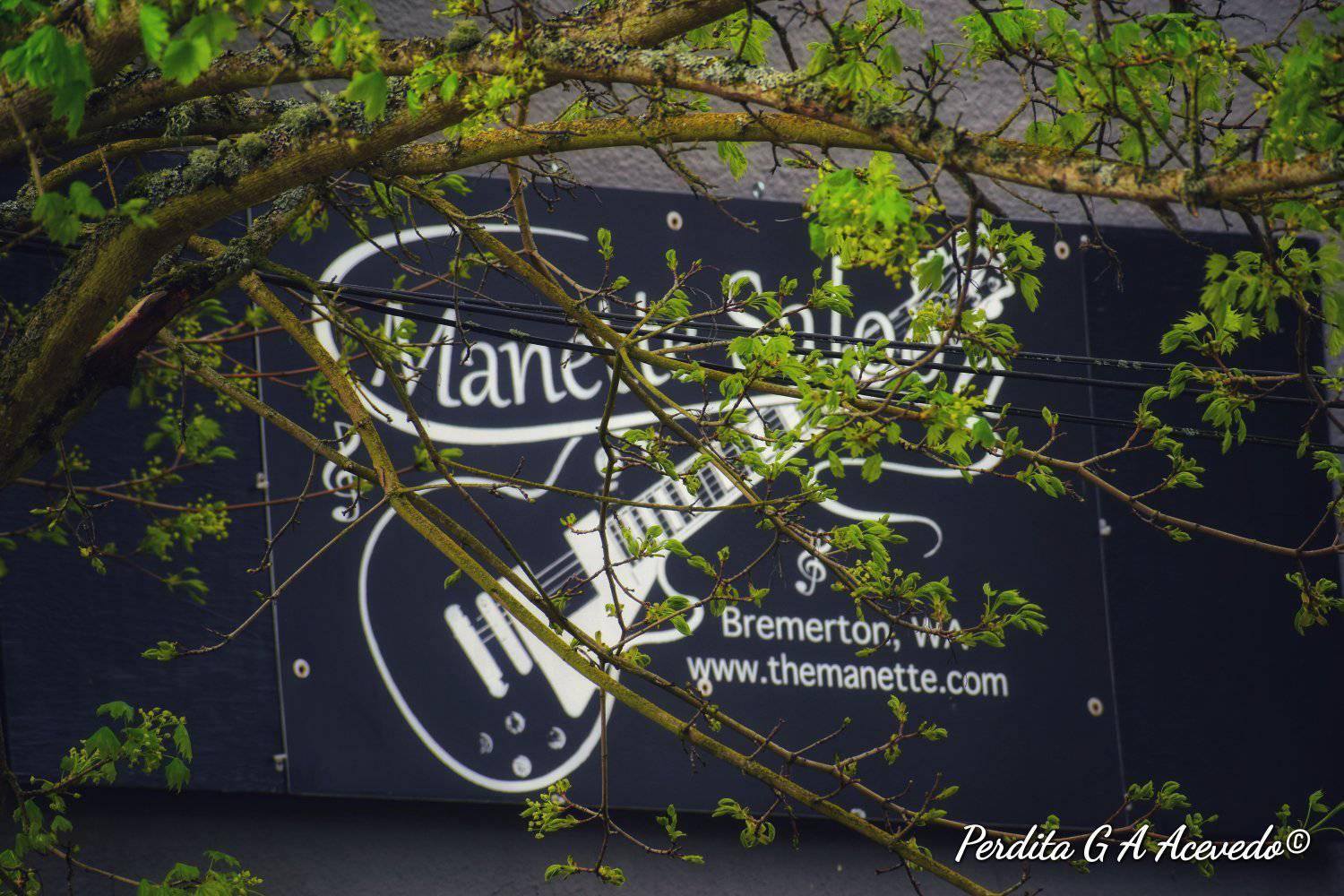 Bremerton has several districts to explore. You can enjoy the scenic Bremerton Boardwalk with views of the ferry and picnic at the Harborside Fountain Park. There are shops and art galleries or you can attend Blackberry Festival on  Labor Day Weekend. Don't miss the Bremerton Central Lion's Club famous and delicious 'Blackberry Slugs'! There is the Bremerton Bridge To Bridge Urban Trail,  an almost 3 mile walking trail loop around the two bridges and through Evergreen Park. Across the Manette Bridge is Manette with antique shop, bakeries, saloons and the popular Boat Shed Restaurant on the waterfront. Further along is Sheridan Village and across the Warren Avenue Bridge is Lions Field and East Bremerton shopping and businesses along Wheaton Way. Bremerton was home to Battleship Missouri “Might Mo’, the site of the WWII Japanese surrender treaty until it was moved to Hawaii in 1998. You can learn more about its Navy heritage by visiting theUSS Turner Joy Museum and Puget Sound Navy  Museum. Visit the exhibits at the Pacific Planatarium, Valentinetti Puppet Museum, Kitsap Historical Society Museum, or Bremerton Bug Museum.

Bremerton also has 35 city parks to enjoy, plenty of green space, water access  such as  the Kitsap 9/11 Memorial, Evergreen  Rotary Park Inclusive Playground, and Lions Park. The Bremerton Bridge Blast Fourth of July fireworks show set up on the Manette Bridge is not to be missed when it is held. Nearby is the Kitsap County 570 acre Illahee Preserve Heritage Park and 86 acres  Illahee State Park for camping and marine access. 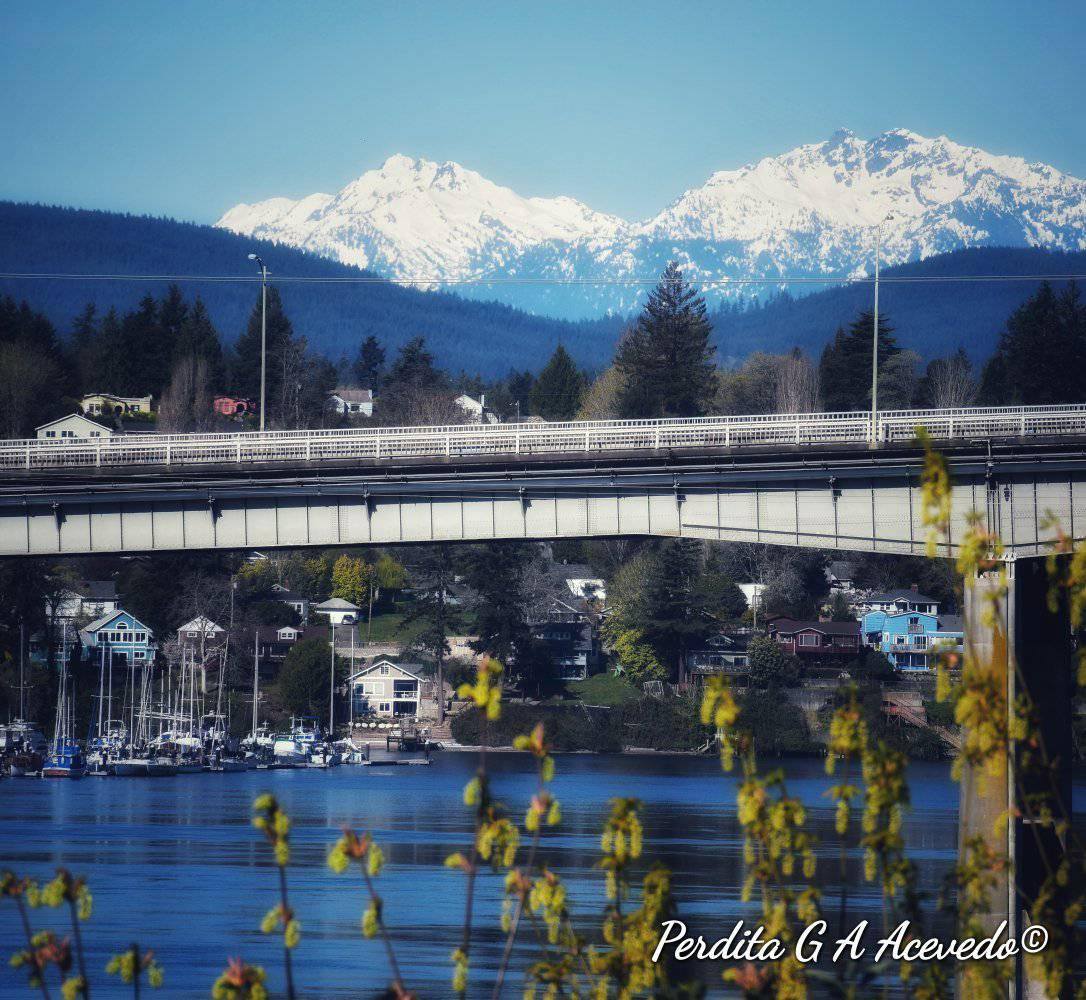 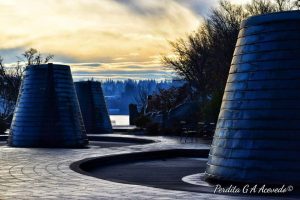 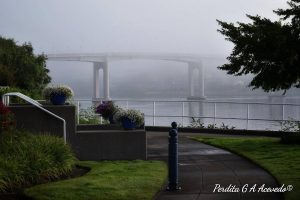 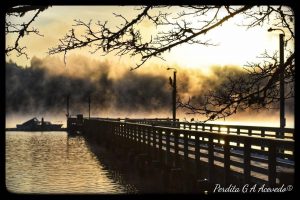 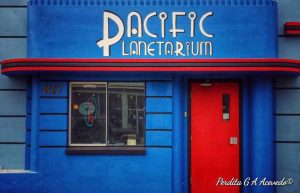 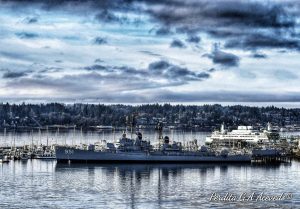 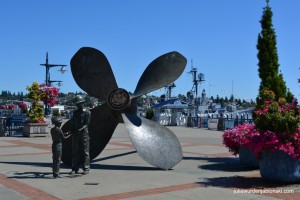 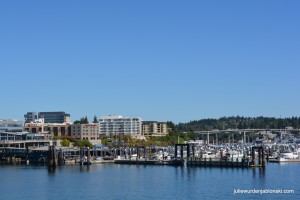 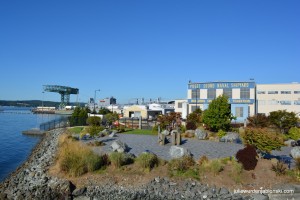