Chimacum, located at the north end of the scenic Chimacum Valley in Jefferson County, WA, is home to dairy and organic food farms, cider and wine making, and the Chimacum Schools serving the region from Port Hadlock to Brinnon. The Tamanowas Rock, a 150 foot rock on preserved scared Jamestown S’Kallam tribal grounds, and the Chimacum Creek Watershed are important salmon and wildlife habitats, environmental education opportunities, and cultural heritage sites. 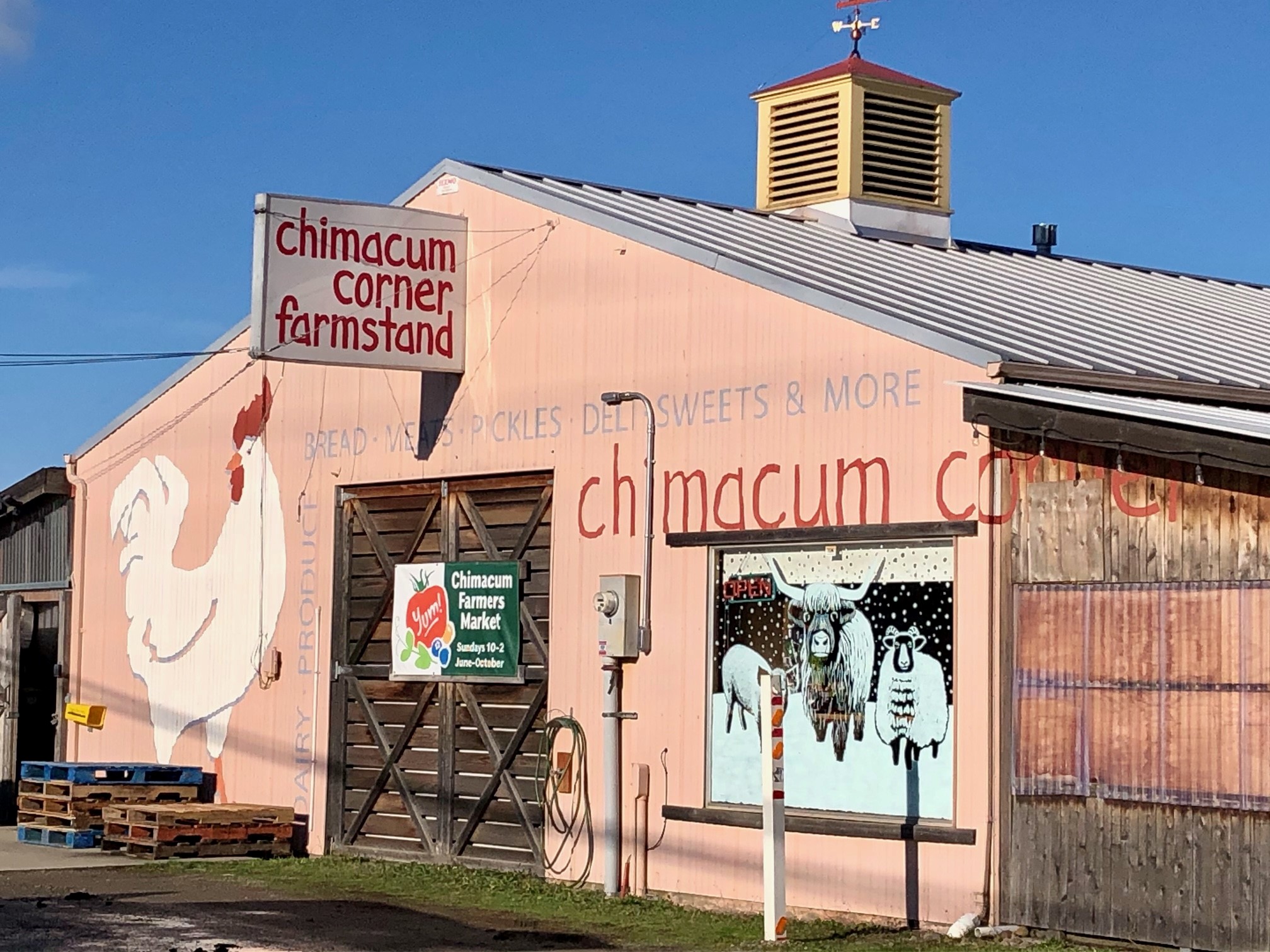 Settlers in the late 1800's formed the modern Chimacum Valley by converting the lands through logging and dairy farming. From the 1930's - 1950's, Chimacum was a major poultry and egg supplier. Today, a road in the valley is named Egg and I after a famous book published in 1945, The Egg and I by Betty MacDonald. It provides (with humor and liberty of some facts) some local color on the early era of chicken farming in the valley.

The Tamanowas Sanctuary is now a permanently protected area that includes Tamanowas Rock along with 82 acres of surrounding forests, wetlands and open space. The Port Townsend Leader has a short history article on the Native American heritage in Chimacum. Jefferson Land Trust has partnered with land owners in Chimacum Valley and Tamanowas Rock, to create conservation easements on Red Dog Farm, Glendale Farm, Chimacum Dairy, and Finnriver Orchard.

For many people, Chimacum is a stop at the intersection of Hwy 19 and Central Valley road with a gas station, farm stand/grocery store, two cafe's, a few shops and the elementary-middle-high school complex just up the road. However, there is more to discover than meets the eye at first glance. Chimacum is a meeting place, whether at the local Finnriver Farm and Cidery, Chimacum Farmstand, Tri-Area Community Center, school, or a cafe. Chimacum Valley is rich with agricultural and watershed contributions to Jefferson County. It also has has HJ Carrol Park and Anderson Lake Park nearby for recreational activities. 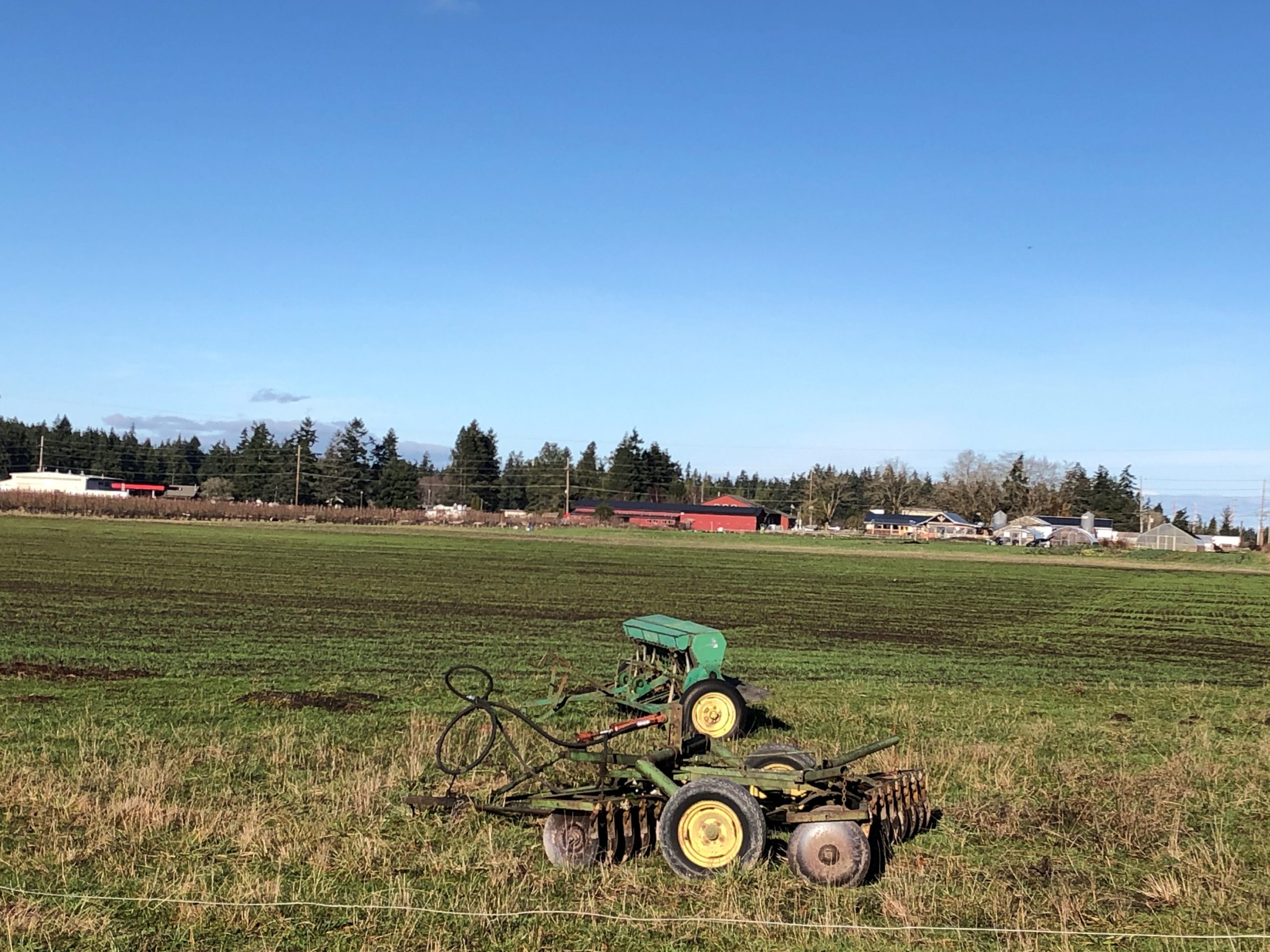 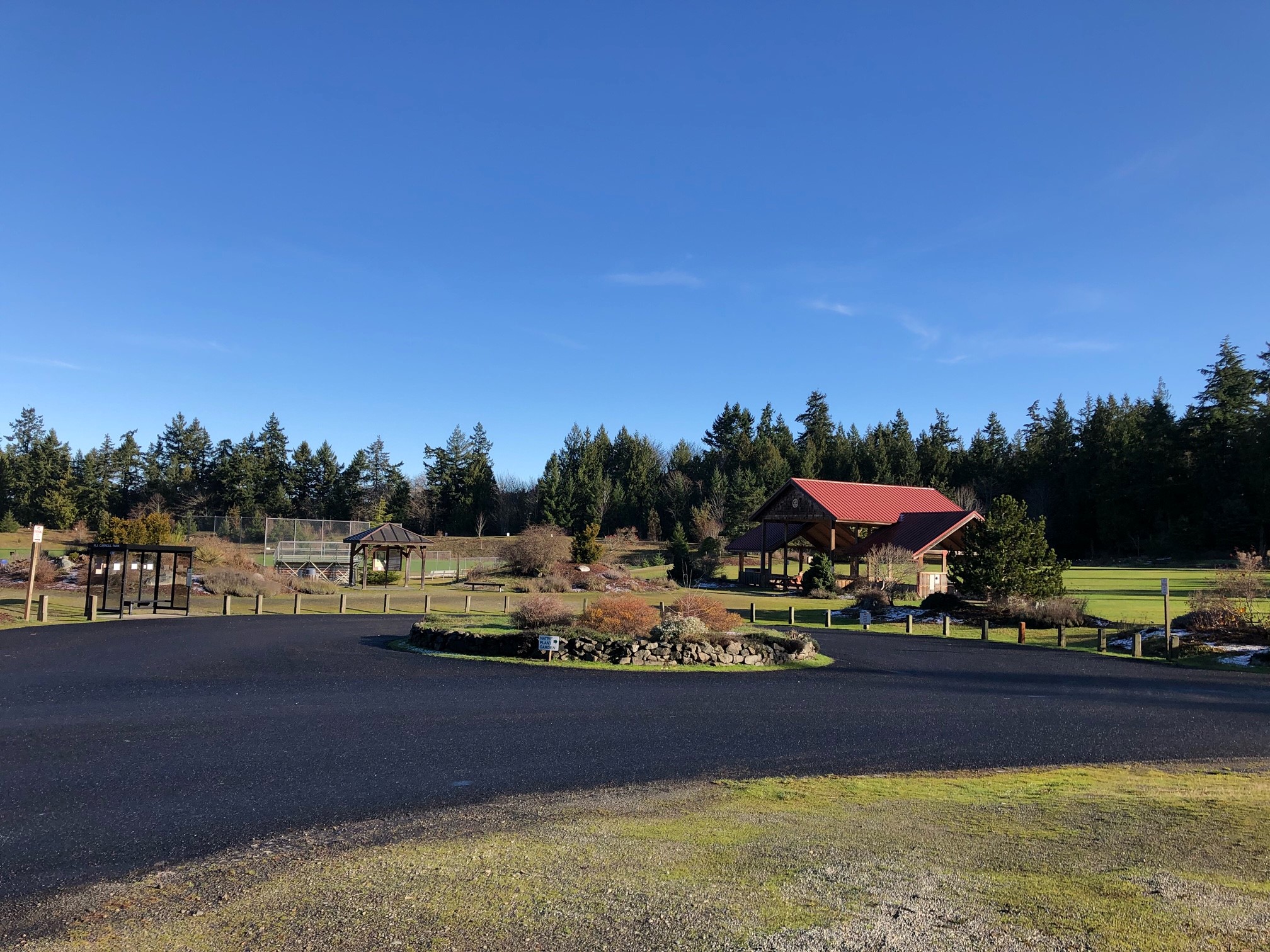 The Chimacum Corner Market, which hosts a Farmer's Market, and eateries such as Farms Reach Cafe, Chimacum Cafe, and The Keg & I, are popular stopping spots near the Chimacum Corner. Nearby are Eaglemount Wine & Cidery, Lullaby Winery, Egg and I Gardens, and Finnriver Farm and Cidery, which often has live music, pizza, and other good food.

The annual Jefferson County Farm Tour has over 20 farms, with a wide rang of produce including heirloom produce, pickles and preserves, fleece, beef, chicken, lamb, lavender, blueberries, flowers, and wines. U-pick lavender and blueberry farms often have other activities and music during the picking season. Chimacum is also a stop on the Olympic Culinary Loop, a driving tour of local cursive and wines.

HJ Carroll Park is home to two picnic shelters, a playground, soccer and baseball fields, basketball courts, a BMX practice track for various bikes and skill levels, and walking trails with Chimacum Creek access to watch the salmon run. The Kul Kah Han Native Plant Garden and the Chimacum Creek Labyrinth are additional things to explore at the park. Anderson Lake State Park is a nearby 496 acre day-use park with boating, fishing, canoeing, and geocaching. 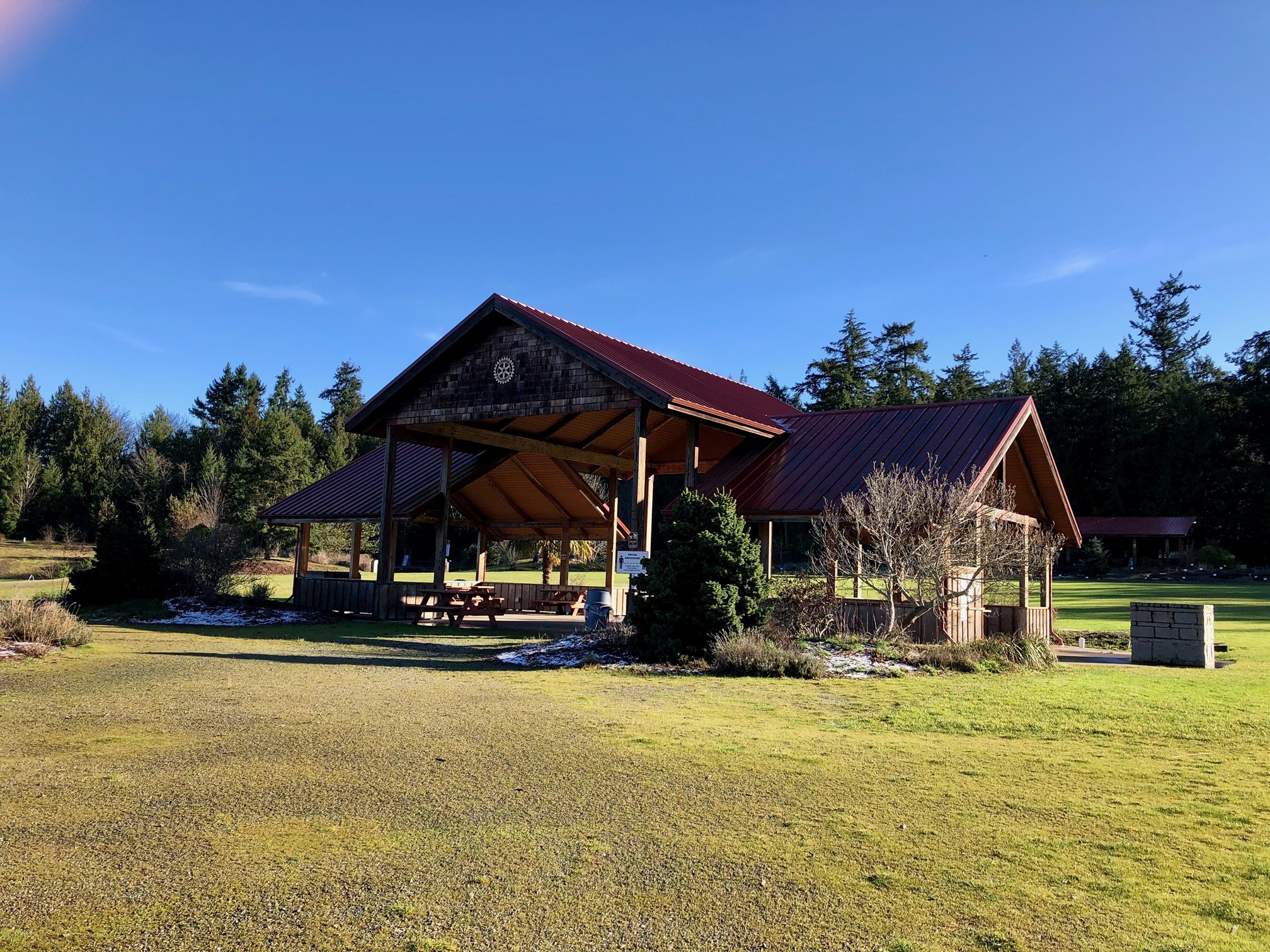 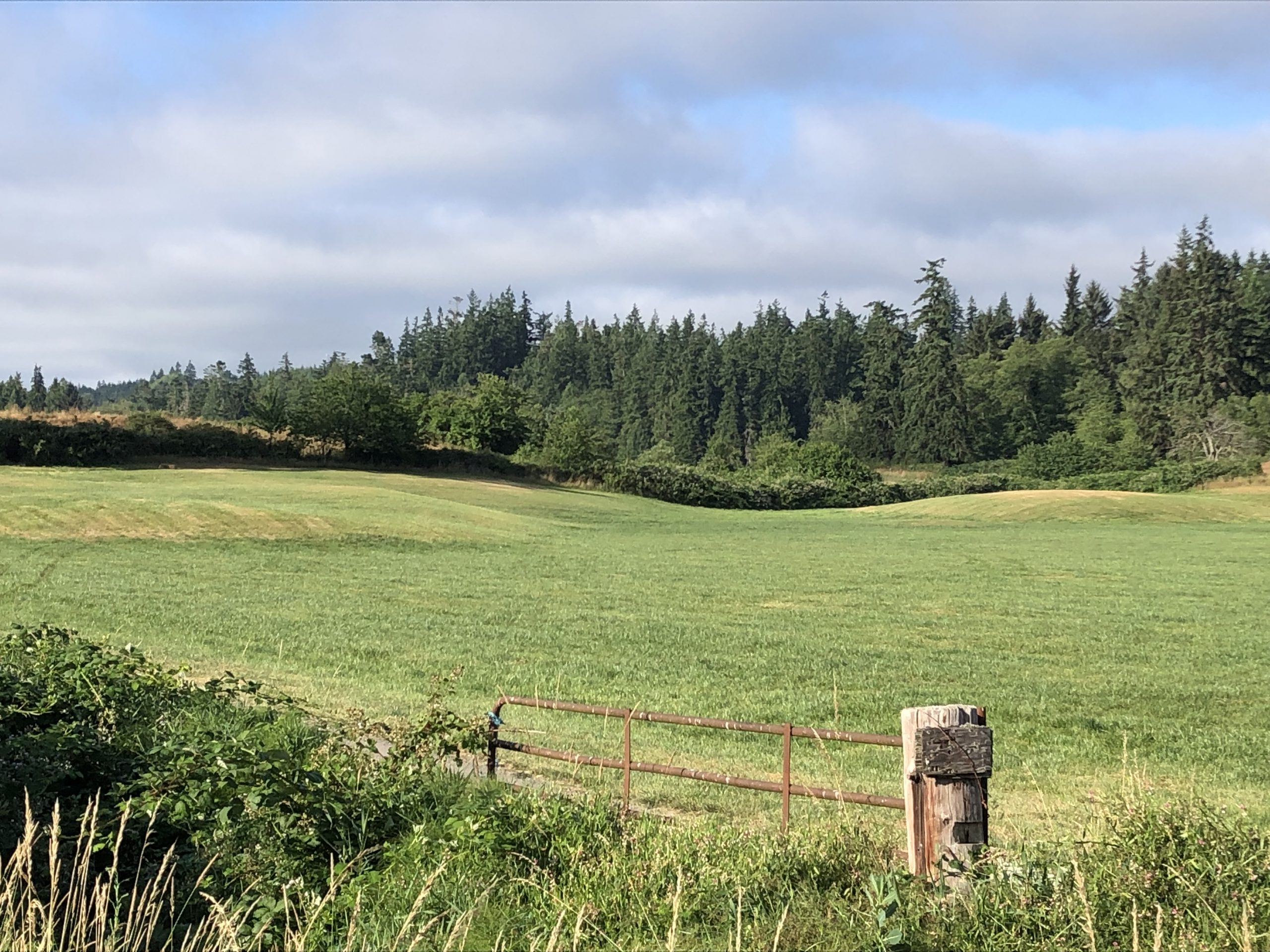